The Rosa Luxemburg Stiftung Regional Office – Palestine and Jordan concluded a training workshop on Political Economy at its headquarters in Ramallah.  The workshop lasted for two and a half days, with the attendance of participants with different backgrounds in the fields political economy, sociology, and history, and coming from different areas all over Palestine.

The “PolyluxMarx” workshop included an educational book that provides a preliminary introduction to a simplified analysis of Karl Marx’s Capital. The book aims to encourage the appropriation of knowledge and the learning of Marx’s critique of political economy.  In addition, the work includes games and a short animated film, designed to facilitate the rea 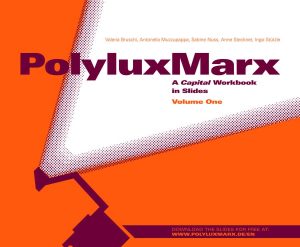 ding of Capital.The workshop was led by Ms. Annie Stacker from Germany and Ms. Valeria Bruschi from Italy, who have extensive backgrounds in political and economic education, and their work focuses on critique of political economy, Marxist feminism, immigration and regulation policies.

This workshop is part of the Rosa Luxemburg-Stiftung’s attempts to contribute to the simplification of the economic concepts we deal with in our daily lives, and to demystify the works of  Karl Marx by making them more approachable for a wide audience.